Strategy Case: Creating A Strategy Together — 1.04 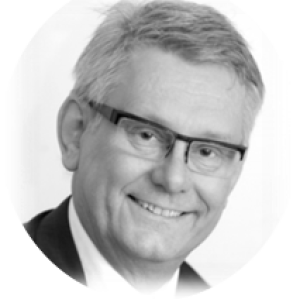 Today I will talk about a case that had a few fantastic features. The strategy was done together! I simply must share it with you. The most amazing thing was that a big corporation had the guts to jump into a completely new way of making strategies by involving the whole staff. It most certainly wasn’t in their culture, but they sensed that now was the right time for it. The strategy was done together, and it went very well.

We do the strategy together!

The strategy was made authentically together! Even blue-collar workers joined. Over 100 people always attended the meetings, although I must admit that many more were expected to participate. I’ll tell you more about the kickoff and about the feedback we received.

We held three workshops with two divisions. We worked with both in tandem, alternating between both divisions over the workshops. The workshops involved about 30 people, and everything was done digitally online. The trick is to have a common digital board, which magnifies meeting efficiency, and on which everyone can write simultaneously. Every meeting had its own digital board, and that is something that changes the whole process. Steering meetings were held in between the workshops, in which we presented the unfinished strategy to the staff for feedback.

Think how “horrible”! We showed everyone something that is not ready!

In the end the tough choices were brought together, and the staff had a moment to browse through the Strategy 1Pager and leave their fingerprint on it. I call these comments steering signals, and boy were there many!

After the first kickoff the next step was the dreaming workshop. We jumped into a time machine and travelled five years into the future and landed at home. The participants were asked to visualize everything that they would see, hear, smell, feel and taste five years in the future. The visualizations were written into 12 stories, and they were all so exciting! Every time, people were as astonished as I am about how much information our subconscious contains.

I asked people to give a one-word comment about the kickoff. Those comments were then used to form a word cloud. It’s easy to see what people have thought about it. The bigger the word, the more times it has been commented. Most of the comments are super positive, but you will always find some constructive criticism. The word interesting is, well, interesting because it’s the subtlest way to object. It means you are looking at the situation from a distance and that you haven’t hopped on board quite yet. Those that give exciting feedback are the ones that have already stepped on the boat and are ready to row.

Challenging the way we think

How do we challenge our way of thinking? As we travel into the future during the dreaming phase, an interesting phenomenon happens. It is a bit like playing and people come up with ideas easily, without being weighed about the implementation difficulties.

Every theme is a workshop by itself. During this case, we went through all four workshops. In brutal reality, we wondered why we are constantly in a rat race and a step behind, even though we have a ton of great ideas and a lot of work is being done.

Development debt will always exist, and one must learn to live with it. It can be hard to dream at times. But, when the workshops are done online, one is already finished after an hour. In our case, every workshop was three hours long, and the staff worked for four hours altogether. The whole thing was done in two and a half days’ time.

Would you invest two days to think about your strategy?

Our workgroup had a few people that found it weird to think about high-quality thoughts. That’s exactly what they are, high-quality. I firmly believe that one must have one’s head in the clouds, while also having very long legs that reach all the way to the ground. If you only think about practical down-to-earth things, you don’t see the big picture, now do you? The helicopter view is an important aspect.

The interesting thing was that fear also reached the management level. People at that level were scared the people below wouldn’t have the capability to think about the future. That tells a lot about the management if they feel they are the only ones capable of thinking about the future. I say if you guide people into the future and ask them to fly, they will think and use their brains to understand the work required.

In the final phase, some had the opinion that certain matters were left undiscussed. They were right in a sense. Before this process began the management group and members of the board sat in two workshops and defined the focus areas, that were important for them. A vast staff survey was used as a base for that discussion.

This survey helped to produce and crystallize the three focus areas, which were then discussed inside the divisions and then written (transformed) into a more practical form. We started to think and prioritize our thoughts during every meeting. This is how we found the grains of gold, which ultimately became the tough choices.

Summarizing everything on a single page

What you see below are a process and a funnel. We asked questions, wrote, and commented on our digital board. One division gave us 4090 comments, out of which 177 comments made the cut. Those were then grouped into breakthrough goals.

Breakthrough goals are bigger than normal goals because you go through (break through) the wall with them. They are all included in the Strategy 1Pager. Once you have thought about these a lot, everything has been evaluated from every relevant angle. The Strategy 1Pager is presented to the management and the board to give their comments on the output.

I was just at a board meeting telling them about this work process. I said:

“Before you look at the result and give comments, you should know these people have put their hearts into this work.”

A couple of wrong words can kill the atmosphere. The board listened. I also said if they have any ideas, let’s bring them to the table as well. They gave us three focus areas as a send-off, and that’s what we did.

When the company leadership reported their own strategy, one of them said:

“This is a cultural change in our company. We have never done it like this.”

During the first workshop, someone said that if they had traveled to another city and tried to do all of this on their own with sticky notes, it would have been a disaster. It would have taken a week to get the same amount of work done as we did with online workshops. The result, however, would not have been the same because challenging happens through questions.

The talent lies in asking the right questions. It is the job of a professional to pull the information out of people’s heads. Technology enables this.

This was the result. I asked the group for comments about the whole process, what was it like? Again, the answers were collected into a word cloud.

As you can see, there is the word tiresome. That’s exactly what it is if one is not used to doing processes at a fast pace. The pace is fast because the process is so expensive to do. Expenses double if the pace is slower (more time = more expenses).

Returning to our subject, there was a staff member who said that nothing changes if no one gets angry. That’s true, in the sense that this process had even more potential, because the feedback was so positive (we could have pushed further)!

This morning I held a dreaming workshop in a new organization, where the factory floor staff took part in the workshop through their phones. These people were also amazed at how their imagination was allowed to run freely. Together we thought it was miraculous. I told them:

“Look at everything your subconscious can store!”

When you get the whole group to implement them, it’s fantastic!

I wanted to share this case because this is such an important topic. It’s not enough to just have a good strategy that’s made and agreed upon inside a conference room high up in the ivory tower. The strategy has no value before it is implemented. The implementation requires that everyone is involved in the process and the strategy is ignited together! Strategy together, that’s the 🔑!

Ignite your strategy by doing it together with your staff! Read more.🔥